1800 (?)- It is not known how long the first successful New Castle class, as early groups were known, met, but in 1820, they organized into a regular society and elected trustees and stewards. The group consisted of 42 persons – 17 males and 25 females. This group met every Sunday at three P.M. at the house of Thomas Marshall.

1772-1773- Bishop Asbury made three additional visits to New Castle with some degree of success.

1863- After just 43 years, the congregation had outgrown the original building. The Tasker iron workshad brought many workers to New Castle and its president, Thomas Tasker was a staunch Methodist and an eloquent local preacher. His interest and financial support made it possible to build the main building of the present church in 1863. Just a note: This was right in the middle of the civil war. At that time, the name Nazareth was dropped and the church was dedicated as New Castle Methodist Episcopal church. One account states that bricks from the original building were saved and cleaned by Sunday School boys to be used in the construction of the new church. If that were so, then we still have a part of the original church with us in fact, not just in spirit. 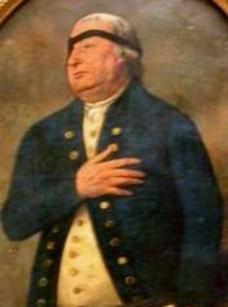 1824- Financial crisis. The church found itself in serious financial difficulty. Pledges dried up because of a devastating fire in the community. The church still owed $150.00 and the bank threatened to sell the building and dispose of them. The trustees sent out one of their members to travel to Philadelphia, Dover, and various other churches in the area to appeal for funds. He was successful and the financial crisis was averted. The first class list has the name Methodist Episcopal church, but by the time the church was dedicated, the name Nazareth had been added. The text the preacher chose for the dedication service was “Can any good thing come out of Nazareth?” The congregation was made up primarily of working class citizens and was referred to as “low church” by the Anglican Episcopal church which was, of course, the “high church”. The term “class” was used to refer to the early church and then was replaced by the term United Society of Methodists. As the societies grew, the membership was divided into smaller classes of about 12 persons with one leader each. 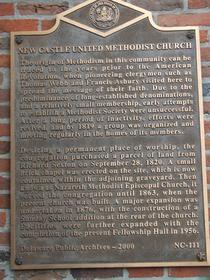 September 28, 1820- The board of trustees purchased from Richard Sexton a lot which forms a part of the present cemetery and proceeded to build the first Methodist Meeting House in New Castle. No official records remain, but a letter written by William Hunter gives these details: “It was a small brick building about 50 X 30 feet front. It stood at the northwest corner of the graveyard about 20 feet from the building line. The entrance was double doors in the center front. At that time, when seventy-five cents a day was considered a fair wage, devout members were making family pledges of ten dollars or more to the new building.

Duties of the class leader: to see each person in his class once a week in order to inquire how their souls prosper; advise, reprove, comfort, or exhort as occasion may require; receive what they are willing to give toward the relief of the preacher, the church and the poor; and to meet with the minister and/or stewards of the society once a week in order to inform the minister of any who are sick or who have been disorderly.

By 1850, the class system was being phased out. This is not to be confused with Sunday School which served a much different purpose.

1769- First mention of a Methodist service in New Castle. Captain Thomas Webb, a retired British Army officer and Methodist Minister, preached here but was not well received. Comment from Scharf’s History of Delaware: “His teachings were received with so little favor that the doors of the courthouse were closed against him.”

1779- Reverend Benjamin Abbott came to New Castle to preach but bands of ruffians interrupted the gatherings and one man threatened to throw a bottle of rum at his head. Again, it was Robert Furness who rescued him. One early account refers to Robert Furness as the “father of Methodism in New Castle.” Despite the loss of his business and threat of personal injury, he continued to practice his faith and made heroic attempts to bring others into a fellowship of believers.

The History of the New Castle United Methodist Church

For more history of the New Castle United Methodist Church, go to this article by Helen Hoagland 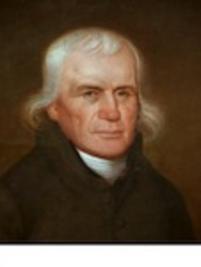 1770’s- Several other attempts were made to bring Methodism to New Castle with little success. Francis Asbury, the pioneer bishop of American Methodism, visited New Castle in April 1772.

His account: “I rode to New Castle and stopped at the house of Brother Robert Furness, a tavern keeper, but a good man. I preached there to a few people, but met with opposition and found that the Methodists had done no great good…”