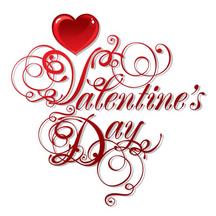 On this page you will find different activities that the New Castle United Methodist is involved in.

On Sunday, February 11th, 2018, after the church service, the church hosted a Valentine's Day Covered Dish Luncheon. Food, drink, and desserts were supplied for all participants. To make it more interesting, couple's wedding photos were provided and guests were asked to identify each one if they could. This was a lot of fun for everyone.

On Sunday, February 11th, 2018 the New Castle United Methodist Church honored Reverend Jerrold Knotts as "Pastor Emeritus" for his 39+ years of serving the Lord. Jerry was ordained as a deacon in 1963, and served part-time at Stratford Saint Paul's UMC in Delaware, Ohio. Then he served as an intern at the First Presbyterian Church, Delaware, Ohio. Jerry was ordained as an elder in full connection in the United Methodist Church in 1966 and for two years served as associate minister at Peniel UMC in Newport, DE. He then was assigned to Grace UMC in Wilmington as an associate minister for three years. From 1971 to 1976, Jerry served as the Pastor at Grace UMC in Salisbury, MD. He then went on to Newark UMC, in Newark, DE., Christ UMC in Chesterton, MD., served at Hillcrest-Bellifonte, Ewell-Saint Paul and Kenton UMCs in Clayton, and Kenton, Delaware. Jerry retired at Christ UMC in Elmer, MD in 2002. 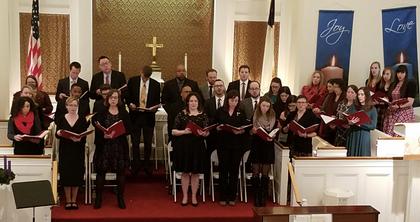 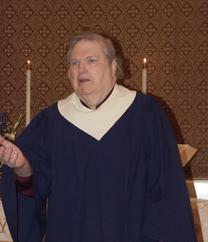 ​The Spirit of Christmas in Story and Song

On December 8th, 2018, the Westfield Chorale, under direction of William R. Mathews, performed the "Spirit of Christmas" at the New Castle United Methodist Church. To view a photo slide show of the event, click on the photo to the left.